The makers of Soylent, the powdered drink that has developed a following in Silicon Valley as an easy meal replacement for busy workers, has created a follow-up version called Soylent 2.0.

The company announced on Monday that instead of the powder form taken by its predecessor, Soylent 2.0 will come as a pre-bottled liquid. Its ingredients include soy, for protein, and it derives about half of its fat energy from “algae sources,” according to a statement on its blog.

As the company describes it, Soylent 2.0 “frees customers from crowded lunch lines” and ends those feelings of midmorning hunger.

It seems worth asking: how does it taste? “Neutral, but still pleasant,” said Robert Rhinehart, the chief executive, in an interview with The Verge. Mr. Rhinehart, a software engineer, has said that he came up with the idea for Soylent in 2013 while working at a start-up in San Francisco, and documented his process of experimentation with the ingredients, even posting the results of his blood tests.

He founded Soylent, based in Los Angeles, that year and gained more than $3 million in funding from the crowdsourcing site Tilt.

Soylent is just one of the powdered drinks that have gained popularity in Silicon Valley, where long hours in front of a computer have meant that some workers are turning to liquid meals. Others are Schmoylent, Schmilk and People Chow.

Last year, The New York Times enlisted a sommelier, a gastroenterologist, a personal trainer and a Times dining reporter to do a video taste test of Soylent to see how it compared to real meals. The reviews ranged from “gritty” to “lacking pleasure” to “tasting healthy.”

Mr. Rhinehart said in Monday’s announcement that the newest product would mark the beginning of the company’s expansion.

Like Soylent powder, it will be for sale online. Shipments begin Oct. 15 for the pre-orders that began on Monday, the company said. 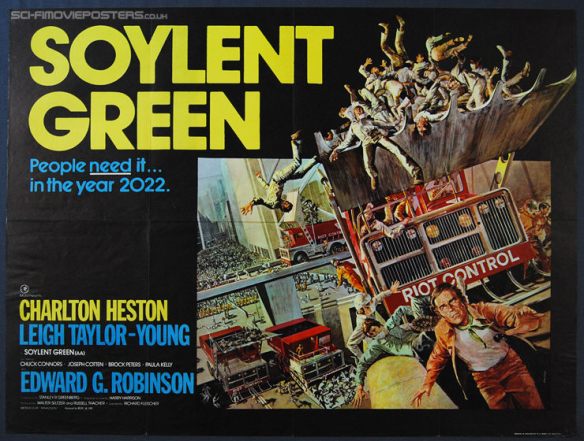