The Detroit water department has delivered about 3,000 shutoff notices to households with delinquent bills since May 11, giving those customers 10 business days to make arrangements to pay their bill or have their service cut off. More notices will be delivered as the shutoffs are carried out this week.

The department, under the leadership of Mayor Mike Duggan, is proceeding with shutoffs against the wishes of the City Council, which passed a resolution May 12 for a shutoff moratorium until the current financial assistance programs are evaluated and a subsidy plan is pursued to lower water bills for poor people before they fall behind.

The latest crackdown is raising fears of a growing public health crisis. Thousands already are living in southeast Michigan without running water, according to the Sierra Club.

Councilwoman Raquel Castaneda-Lopez said the shutoffs lead to unsanitary living conditions. “It could put children or seniors at risk if they don’t have access to water,” she said.

Greg Eno, a spokesman for the water department, declined to comment on the water shutoffs.

The seemingly never-ending problem of Detroit’s unpaid water bills comes as city and county officials work to craft a new strategy to fight the problem under the Great Lakes Water Authority, a regional operation created during Detroit’s bankruptcy case. The regional authority is expected to have $4.5 million available to help water customers in the tri-county area pay their bills.

There are two fundamentally different ways to design the strategy.

The water department’s current model is known as an assistance-based plan, which provides discounts to qualified residents with overdue bills.

An alternative is an affordability-based plan, which would reduce bills for poor people while adding fees to other customers. Supporters argue this approach is more pro-active.

The City Council supported an affordability plan in 2006 that proposed to set rates at between 2% and 3% of residents’ income. The plan was never implemented.

The city’s law department said then that the plan was not possible — an opinion to which the department still clings.

Nevertheless, the City Council and other groups, including the Sierra Club and the Michigan Welfare Rights Organization, continue to encourage the city water department and those developing the new regional authority to pursue an affordability plan.

So far they have not been successful. In fact, the Sierra Club resigned last week from its position among stakeholders developing the regional water assistance plan once it became clear an affordability strategy was not on the table.

“It’s so unfortunate that in the crisis that the region faces with water shutoffs that the GLWA is not seeing this as an opportunity to address a major problem.” said Melissa Damaschke, Great Lakes program director for the Sierra Club. “This is a public health threat.” 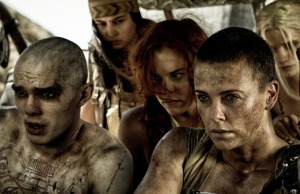 PS
As an a-side it’s a shame to see that people who post comments like those below,  don’t get that this issue may well be presenting itself in a city or town near them or with them resident in it, in the ever looming future….

Silica dust is created through construction, mining and other industries that grind down rock, concrete, masonry and sand. Over-exposure to the dust causes an irreversible scarring of the lungs called silicosis. Approximately 2.2 million American workers are exposed to this hazard, and this contributed to the death of 1,437 Americans from silicosis between 2001 and 2010.

It also leads to other diseases. The U.K. Health and Safety Executive estimates that around 600 British people die each year from lung cancer associated with silica dust exposure.

Public health experts have long known about the dangers of airborne silica. In 1938, the U.S. Department of Labor created an informational video calling jackhammers “widow-makers” due to the harmful dust they create. In 1949, the U.K. significantly curtailed the use of sandblasting, and several other European countries followed suit . 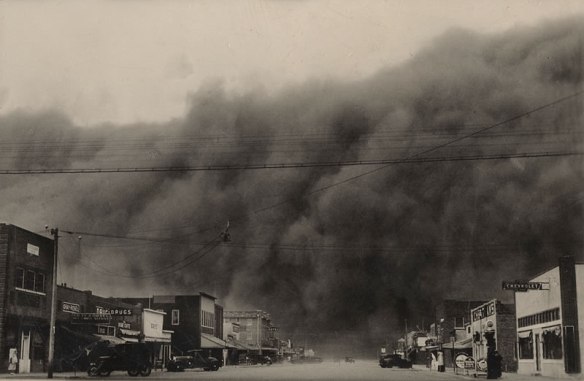 OSHA put silica on its regulatory agenda in 1997 under President Clinton. After many years, study after study and numerous bureaucratic delays, OSHA finally proposed a standard in 2013, and held extensive public hearings in 2014. OSHA estimates that the new standard will save nearly 700 lives and prevent 1,600 new cases of silicosis per year once its full effects are realized.

But for some, eighteen years of study just isn’t enough. On June 25, North Dakota Senator John Hoeven successfully attached a provision to a government funding bill that would delay this standard becoming law.

That’s bad news for workers like Eddie Mallon, who worked as a sandhog for 44 years. He has silicosis, and he warns that larger drilling equipment creates more dust exposure for workers. “I am very concerned that the young workers coming into our business today will have more respiratory health problems than even we experienced unless these exposures are better controlled,” he testified at the 2014 hearings.

So why would this particular senator care so much about silica dust? Silica sand is used in fracking, and public health experts are increasingly concerned about its impact on those who work in the industry.

Recent field studies conducted by the U.S. National Institute for Occupational Safety and Health found that nearly 80 percent of the samples it took at fracking sites showed unsafe levels of airborne silica.

And who are the top three contributors to this particular senator’s campaign coffers since 2009? Oil and gas company executives and political action committees. Murray Energy, NextEra Energy and Xcel Energy lead the list. All told, the oil and gas industry has given $334,387 to his campaign committee, while the mining industry kicked in with $196,756. 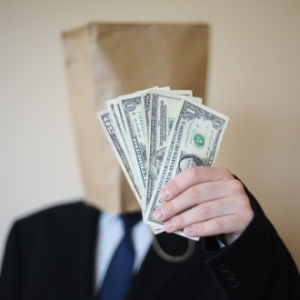 Senator Hoeven is only the latest elected official to throw an obstacle in the path of an updated silica standard. The Obama administration delayed seeking comment on a proposed change for more than two years.

OSHA was on track to finalize a standard in 2016. But if the industry gets its way, it won’t be agreed next year, or the year after that. Politicians will continue to call for study after study. And people will continue to die or get sick.

No legislature should interfere in this way with science-based public health decisions. A law that has been repeatedly delayed at the cost of thousands of lives shouldn’t be held up any longer. The Obama administration should oppose the silica rider, and Congress should take it off the table.

An extract from Michael Halpern’s article: Michael Halpern (@halpsci) is manager of strategy and innovation for the Center for Science and Democracy at the Union of Concerned Scientists.

Union workers: 111,482 (21st lowest)
10-yr. change in union membership: -1.3% (31st largest decrease)
Total employment: 3,804,593 (9th highest)With just 2.9% of employees in a labor union in 2012, North Carolina is the least-unionized state in the entire country. Only 1.8% of private sector workers were members of a labor union as of 2012, lower than any state except for South Carolina and Arkansas. In addition, only 8.8% of public employees in the state belong to a union, the lowest rate in the country. While the number of public sector jobs grew 20% between 2002 and 2012, the percentage of public workers unionized declined from 10.5% in 2002. Although many right-to-work proponents claim that deunionization helps spur job creation, North Carolina’s lack of union representation has not led to low unemployment — the unemployment rate in the state as of December 2012 was 9.2%, the fifth highest rate in the country.

Pct. of workers in unions: 3.2%
Union workers: 36,667 (6th lowest)
10-yr. change in union membership: -42.1% (2nd largest decrease)
Total employment: 1,155,140 (18th lowest)Arkansas has the second smallest percentage of unionized workers, due primarily to the decline in private sector membership. Between 2002 and 2012, private sector union membership dropped by almost 62%. As of 2012, a mere 1.4% of private sector workers were covered by labor unions, lower than any other state except for South Carolina. Union manufacturing jobs in the state decreased by nearly 75% over the past 10 years, while total manufacturing employment decreased by just 20.6%. Arkansas is one of just a handful of states where right-to-work laws are embedded in the state’s constitution. 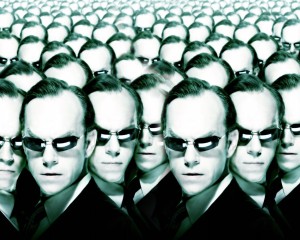 3. South Carolina
Pct. of workers in unions: 3.3%
Union workers: 58,413 (12th lowest)
10-yr. change in union membership: -29.3% (7th largest decrease)
Total employment: 1,773,172 (24th highest)Just one in 30 workers in South Carolina belongs to a union, one of the lowest rates in the country. A paltry 1.3% of private sector workers in the state belong to a union, the lowest percentage in the entire country. Over the past 10 years, private sector union membership declined by 61.7%, more than any other state except for Arkansas. The state’s governor, Nikki Haley, has taken a vocal anti-union stance since taking office in 2011. In an interview with Fox News back in 2012, Haley said: “There’s a reason that South Carolina’s the new ‘it’ state. It’s because we are a union buster.”

4. Mississippi
Pct. of workers in unions: 4.3%
Union workers: 47,875 (8th lowest)
10-yr. change in union membership: -32.2% (3rd largest decrease)
Total employment: 1,115,953 (17th lowest)Total union membership in Mississippi was just over 4% last year, with total membership declining nearly a third in the past 10 years. Private union membership was cut in half between 2002 and 2012, falling from 6% to 3%. This was one of the largest decreases of all states. However, membership in public sector unions actually rose nearly 12%, significantly more than any of the bottom 10 states on this list. The economic situation in Mississippi is especially grim. The state’s median household income of $36,919 was the lowest in the U.S., as was the poverty rate of 22.6% 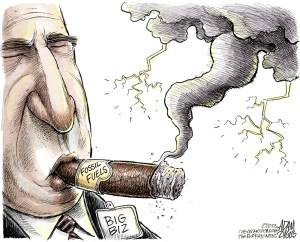 5. Virginia
Pct. of workers in unions: 4.4% (tied for 5th lowest)
Union workers: 159,512 (24th highest)
10-yr. change in union membership: -18.8% (15th largest decrease)
Total employment: 3,594,507 (12th highest)Virginia has one of the lowest unionization rates in the country in both the private and public sectors. A mere 3% of private sector workers in the state were unionized in 2012. Just over 10% of public sector employees were covered by a union in 2012, a lower percentage than all but two states and down from 15.6% in 2002. Labor unions did eke out a small victory in January, when the Virginia Senate narrowly rejected a proposal to add right-to-work provisions to the state constitution. The state’s right-to-work law is still in effect by statute.