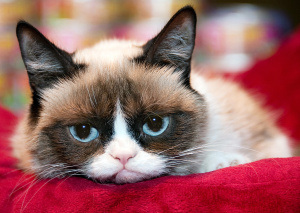 THE use of ‘legal highs’ in Winchester prison has become so rife that three inmates were rushed to hospital in just one day after consuming a potentially deadly substance, the Chronicle can reveal.

Toxic drugs are being smuggled into the prison and have become “a new currency” an MP has warned – with guards and dogs struggling to detect them because of the chemicals they contain.

The epidemic at the Romsey Road jailhouse can be revealed as the Prison Officers Association warned that the problem of new psychoactive substances readily available and used by prisoners nationwide is getting “out of control”.

At Winchester three inmates were taken to hospital on the same day in September after taking a toxic concoction known as ‘spice’.

The revelations at the Winchester Road prison comes after Rev Graham Topping, a former chaplain at the jail, spoke out about how alleged bullying, secrecy and rock-bottom morale is affecting officers.

As previously reported, the prison has had five deaths in custody since July and a source at the prison said the impact they have on inmates is the most “destructive” he has ever seen.

Winchester MP Steve Brine is demanding action over New Psychoactive Substances (NPS) in prisons and has helped move an amendment to a new blanket ban on legal highs to make possession of the substances inside the prison a criminal offence.

The problem at the jail has led to inmates turning violent suddenly without warning.

A source close to Winchester Prison said one prisoner under the influence of spice went on the roof of the prison, and another inmate attacked prison staff with a mop. 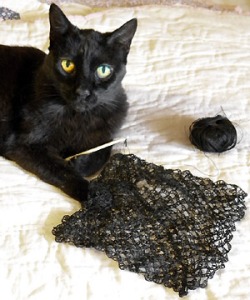 The synthetic cannabis has worrying side effects such as vomiting, seizures, psychosis and, in some cases, death.

A source told the Chronicle how the drugs are now infiltrating the prison and are affecting inmates, resulting in several needing emergency medical treatment.

He said:“Legal highs are probably the biggest threat to prisons. There are a number of difficulties with legal highs, it is very difficult for dogs and staff to detect them due to the chemicals that are in them.

“It makes it easy to get them the drug dogs because of this.”

“I was there for years and I have never seen a drug have such a destructive affect.

“People who take them can go from being perfectly polite to then going completely nuts.”

“I do not think Winchester has it worse than any other prison, but it makes what is a bad situation a hundred times worse.”

The problems are revealed after damning statistics showed that prison deaths across the country are at the highest level for a decade and the Prison Officers Association (POA) have said the issue is “out of control” across prisons in England.

A statement issued by the POA on its website said: “Members of the POA have consistently challenged budget cuts, staff shortages and the serious increase in prison violence and suicides but no one appears to be listening.

“There have been seven apparent homicides in prisons in the last 12 months and the use of legal highs is clearly out of control.”

In a debate on the Psychoactive Substances Bill in Parliament, Mr Brine expressed his concerns about legal highs which he said are being used as the latest “currency” inside jails.

Mr Brine said: “Reports given to me by HMP-YOI Winchester confirm the use of legal highs inside its walls is now widespread. 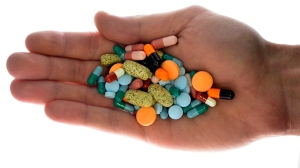 “Winchester now has trained drugs dogs, but there are a variety of compounds used in NPSs, so if the core compound is not the same as the dog has been trained for, it simply misses the substance.

“It seems the new currency inside our prisons is not tobacco or cannabis, but the NPS known as Spice.

“It is a lethal substance existing under the brand names Herbal Haze, Damnation and Space Cadet. The governor told me that on one day last month there were three ambulances in the prison yard, after three prisoners had taken Spice.

Tougher measures to tackle legal high substance are set to be introduced when the new psychoactive substances bill is put through parliament.