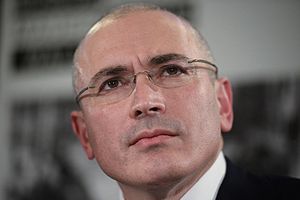 Russia’s richest man, who was arrested in 2003 after falling foul of Putin and released in 2013, told Reuters that Putin could survive oil prices of $45 per barrel but that the longer he stayed in power the greater the risks for Russia.

He said Putin, who became Kremlin chief on the last day of 1999, had shunted Russia back to the stagnation which sapped the power of the Soviet Union in the 1970s under Leonid Brezhnev. 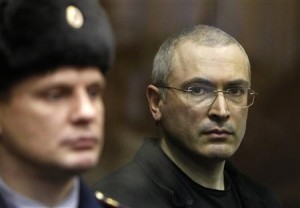 “Russia has plunged back into a situation similar to the end of the 1970s,” Khodorkovsky told Reuters in London. “We are in the final stages of the Brezhnev stagnation period. Putin is younger so unfortunately this [stagnation] may last longer.”

Khodorkovsky, who once controlled Russia’s biggest oil company, YUKOS, said he thought the West would ease sanctions on Russia eventually under pressure from business.

“I am talking about the survival of Russia in its current borders,” he said.

Khodorkovsky said Russia’s political and economic situation was not tense enough for a revolution in the short term as living standards have not fallen steeply enough to anger the population.

“Putin has a good chance of remaining in power for a long period of time,” he said. 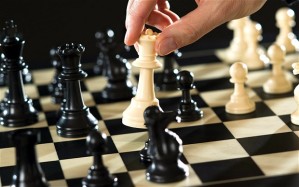