But the government said police already had the “necessary power to take action” and it had “no plans” to give local authorities more powers. However, the LGA, which represents councils in England and Wales has said police did not always have the financial resources or manpower to enforce road weight and width restrictions, so all councils must be given powers to do so.

The LGA now wants the power to impose fines on the drivers it calls “heavy haulage road rogues” to try to get some peace.

Driving a lorry into a road where it breaks height or weight restrictions is punishable with a fixed penalty notice of £50 – though serious cases can go to court, where penalties can be much higher.

“There has been a spate of accidents involving lorry drivers driving irresponsibly and bringing bedlam to small rural communities – and action must be taken immediately to curb this,” LGA transport spokesman Peter Box said.

“Councils are doing everything they can to help their residents, but they are trying to take action with one hand tied behind their back and urgently need tougher powers.”

The LGA said it was seeking the same powers that Transport for London have, enabling councils to impose fines.

But John Howells, regional manager of the Road Haulage Association, told BBC Radio 4’s Today programme: “How are you going to enforce this? In London the roads are filmed with cameras. In the country it will cost the communities a lot of money to have cameras.

Incidents cited by the LGA include a lorry crashing into a tree in Iwade, Kent, and a 40ft articulated beer truck hitting houses and bringing down power lines in Uffculme, Devon.

In another case, a driver had to sleep in his cab for three nights in Ivybridge, Devon, after his satnav led him into a narrow lane where his lorry got stuck.

Christopher Snelling, of the Freight Transport Association, said: “We fully support enforcement of weight and width restrictions and actively help our members to adhere to these with regular updates on regulations and industry innovations.”

A Department for Transport spokeswoman said: “The government welcomes the fact that local authorities are taking this issue seriously and working closely with communities. 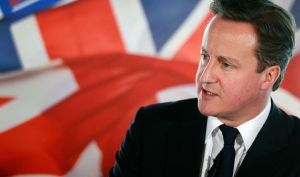 How ironic, businesses using country roads to get to their destinations, with as many products as possible in record time. The self-same country roads that lead to the rural villages, rural cottages & converted farmhouses of many of these businessmen. One would think that these entrepreneurs would be able to afford to pay a security team to enforce these lorry load restrictions. But I forget, only police officers have the legal authority to do this, cuts have consequences don’t they?